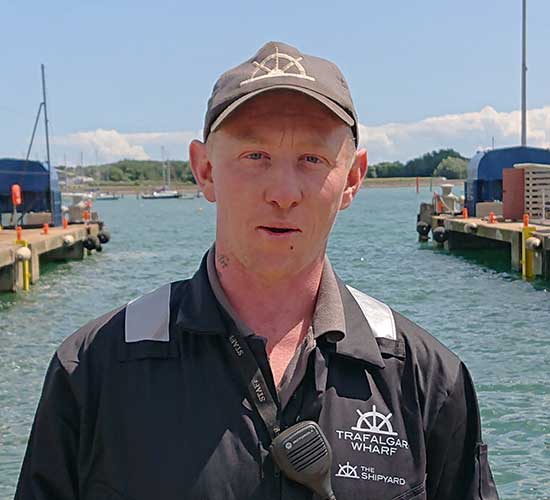 Gareth ‘Ginge’ Larvin worked with Burgess before the Shipyard was taken over by the Trafalgar Group.

Gareth’s career includes working as window fitter for a year, a store manager for six years and working for three years as a trawlerman. So he knows a thing or two about boats!

Married with two children, Gareth says he is very funny when he’s hungover. We’ve yet to hear what the family say!

Chris was well organized especially as the docking was arranged at such short notice – in summary a very well organised lift out, at a great facility with a great team.

Glad to hear you are building up relationships with local contractors to help us owners.