While boat owners love nothing more than a leisurely sail on the Solent, spare a thought for the people who get those boats ready for action…namely the men and women who lift, shift and launch vessels on behalf of owners.

Simon Oatley, Operations Manager at Portsmouth Harbour’s Trafalgar Wharf isn’t leaving anything to chance this spring as he gets ready for the busy Easter period.

“I spent 13 years in the army and I see similarities between running a marina and a complex military operation. There are lots of things that have to happen all at once with precision.

“One of the things that I decided would help us was to be mentally and physically sharp. So I decided to get staff at Trafalgar Wharf into tip-top physical condition by using British Military fitness training. It’s something that I know works.

“It then seemed like a good idea to get our sister marina, Thornham Marina on the same programme and have a bit of competition between us.”

“We train a couple of times a week after work for an hour. We are all losing 640 calories each session. But I reckon some of us are shifting a lot more than others!”

Simon and his team will be launching more than 200 boats over the next few weeks and he is looking forward to seeing how everyone uses their new found fitness.

“Now that we are training I want to see how that training translates into action. I expect we may break our record of launches this spring and who knows…there may even be a little prize for the winning marina.”

Marine entrepreneur and MD of the group, Jonny Boys has also taken up the training; “I’ve had to exclude our Drystack at Trafalgar” he says, “as we can do 50 launches a day from it and it wouldn’t be fair to include them. But as for the rest…it’s game on” 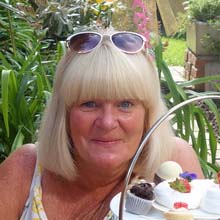